Administrator issues one or more API keys to a partner. It is a named entity used to store a group of API keys. For example, you can create separate partners for Android and iOS developer teams, independently managing keys for both teams.

When issuing an API key, the administrator can set the usage policies for the key. They can:

On-Premise services that require an end user to supply an API key to operate: 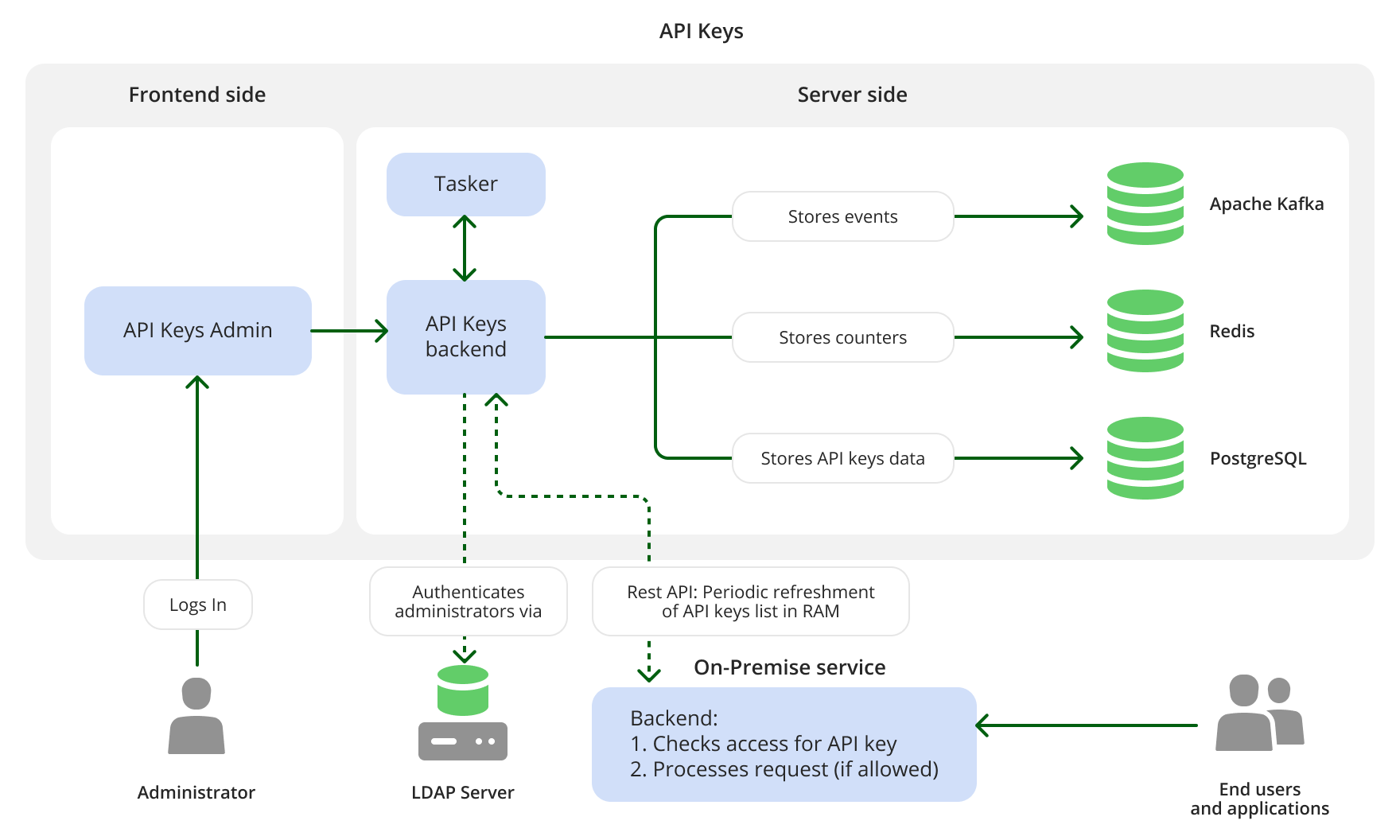 When preparing to execute an end-user's request, each On-Premise service sends the metadata of the request to the API Keys service (including the API key). The API Keys service logs events related to API keys and stores them in the Apache Kafka data storage. Additionally, API Keys usage counters are stored in Redis. The Tasker service fetches the data about events from API Keys backend, and then takes appropriate administrative actions on keys based on the events: for example. it may block or unblock the certain API key. This allows the API Keys service to control the usage of API keys and to enforce quota-based access rules: for example, if an end-user with a certain API key makes more than 100 requests per minute to the On-Premise Maps services, the API Keys server will block access to the service for that user's API key until the next hour.

Support for Apache Kafka data storage is under active development and will be added in a future release.

Current service version operates without Apache Kafka. No metrics that allow to enforce quota are available.

For detailed overview of the On-Premise solution architecture, see the Overview document.